I have probably missed the boat on the whole Ebola craze, if my memory serves it seems to have reached a peak in September and fallen mostly out of news cycles by early November.  It hasn’t fallen out of the news because the problem has been solved, but rather because we are no longer worried that Ebola will find a foothold in the United States.  It was a little scary there for a few weeks, especially when the nurses in Georgia got sick.

I am a little hesitant to admit it, but when I realized that one of the infected nurses found her way to Ohio, I actually considered for a few moments that I was not invulnerable to the disease.  There was a bit of a sinking feeling that I had not expected to find.  I was aware that the chances of an actual outbreak in the United States was very small, but I was still caught off guard by the sudden nearness of something that had always been so far away.   It brought a small dose of reality and levity when I stopped to consider that Ohio is no idyllic state, free of disease.

I had been aware of the coming crisis in Africa since early March, and had found pride in my advance knowledge of this horrible disease.  So when the news became a sensation in the U.S. I was actually a little unimpressed by our reaction to it.  It was almost as if I was a news hipster saying “I knew about Ebola before it was cool”.  I felt like my attention to world affairs had earned me the right to sit in judgment on those in our nation who had only recognized it when it became a threat to our individual interests.  I found the media hype about a potential U.S. outbreak distasteful and distracting from what I felt where the important issues at hand.

I have a distaste for the reported inefficiencies of the organization tasked with handling this international plague, and felt that our media energy could have been better directed at those who failed to take adequate steps to stop the spread of Ebola than it was in paying attention to the talking heads who alternately assured us of a hideous future or a safe and secure one.  I felt like the dramatic uptick in media attention we experienced in September could have brought more resources to the fight if it had happened earlier.  I felt that the earlier mass media attention could have saved lives and altered outcomes for those in need.

As I sat in my car listening to the stories on the news, I grew more prideful and more arrogant with each update to the story of Ebola in the U.S.  “I knew about this so long ago, why didn’t everyone else?” was a question I asked repeatedly.  I may have even said something to the effect of “If the U.S. can’t be bothered to take notice of a plague before it reaches us, we deserve to suffer.”  I was a self-righteous and indignant little hipstervist.  (I think I just created a word…a hipstervist is henceforth defined as “An activist who smugly claims prior enlightenment to a coming humanitarian crisis.”)

It is only today, while reflecting on Ebola, that I have recognized a reason to truly be upset.

I made no effort to bring Ebola to the attention of those around me.  I never considered calling my medical friends and asking them to come with me to serve in Liberia or Sierra Leone.  I did not send a single donation to any organization working directly to combat Ebola, nor did I offer them my time as a volunteer.  I, who had prided myself on knowing about Ebola so early, had done absolutely nothing to stop it.  I was worse than all of those who were unaware of the epidemic until September, and I had the gall to act as if I was a great man who had changed the equation single handedly.

You could suggest that I had no reason to become personally involved.  Surely that absolves me of some of the guilty?  Alas, if only that were true.  I listened on the radio as people serving in an organization known as SIM became sick.  One of my friends is in West Africa right now, serving with SIM.  He is in a country that was right on the edge of the area with Ebola infections.  I did nothing to help him or his organization when they were in need.  My friend is still okay, and it looks like his country will not have to worry about Ebola from this epidemic, but this is no thanks to me.

Unfortunately there is more.

I sponsor a child in Senegal.  Ebola found its way to Senegal.  I noted the spread of Ebola to Senegal with some distress, after all, my sponsored kid could become one of those statistics I was hearing on the news.  I still choose to do nothing.  Not a letter, not an extra donation, nothing.  It was as if I didn’t exist to my sponsor kid.  I saw, and I chose not to act. 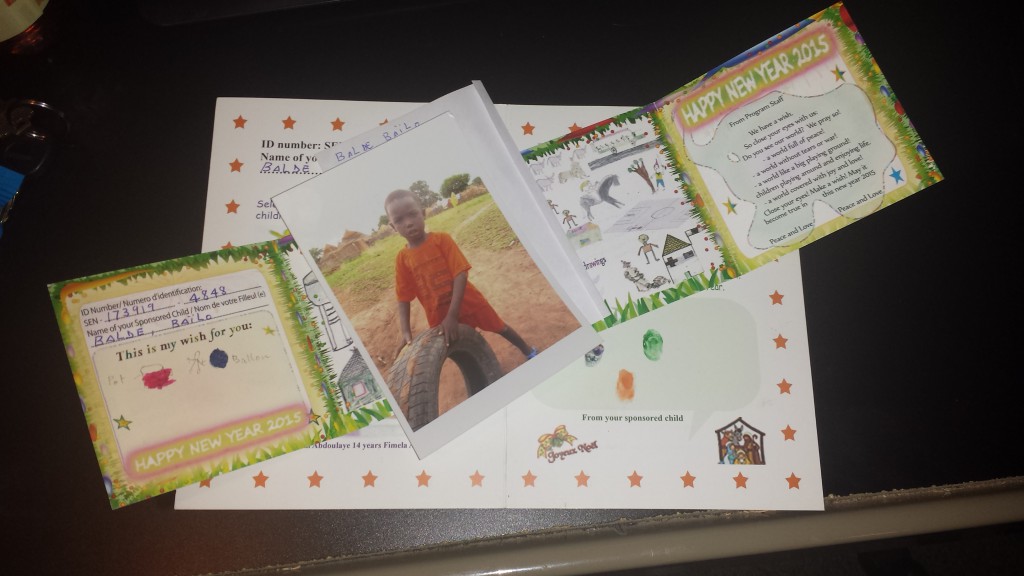 There is a parable told of a man who was beaten and left to die on the side of the road.  It is said that many people pass the beaten man in his distress and refuse to address his obvious need.  A man whose nationality would have made him the traditional ethnic enemy of the beaten man sees his ethnic enemy in distress, and is the only person who stops and helps.  This man puts the beaten man on his own donkey, and delivers him to an inn keeper.  He pays for the beaten mans stay, and leaves money to cover any additional expense, with a promise of more should it be required.

That man was a true neighbor and friend to someone in need.

I walked right by.

Blessed are the peacemakers…not those who walk by.