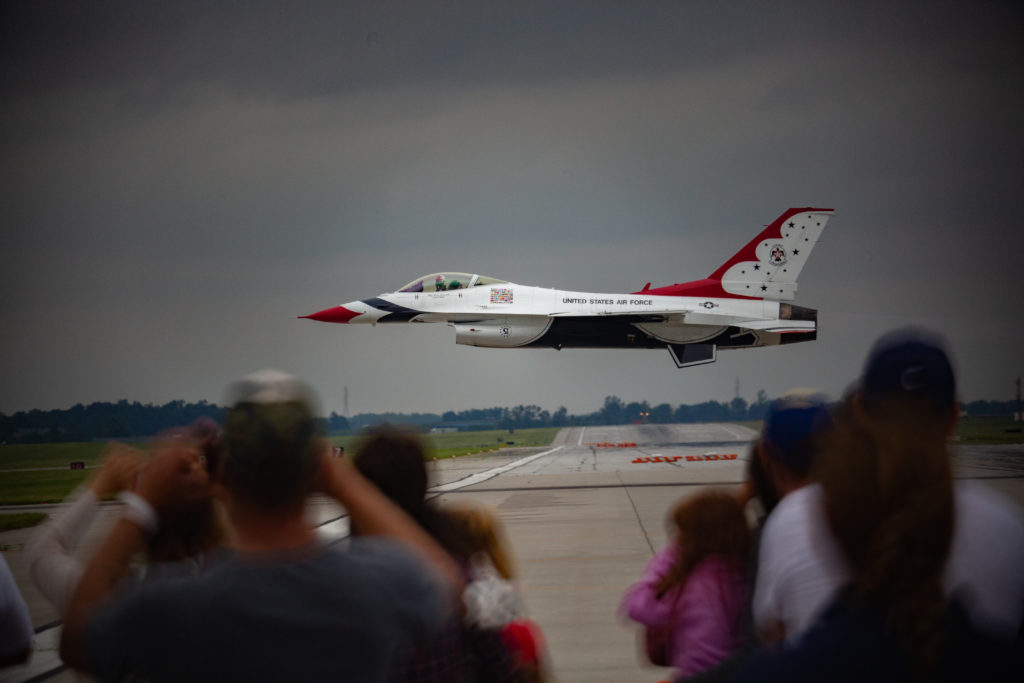 My most popular photo of the year. This photo ended up being liked by more than 30,000 people when shared by a few aviation pages.  It was pretty exciting for me when it took off.  I later got to have a print autographed by the pilot.  A super cool experience all around.

As a dream ended, I woke up, looking at my watch with hopes for good news and a few more hours of sleep.  A few moments later I wiped a bit more of the fog of sleep from my eyes and tried again to see what time it was.  A third attempt at reading my watch yielded no better result, and I had to instead reach over to my phone to discover the time.  3:35 a.m. August 24th, 2019 is the data I retrieved from my phone.  My 35th birthday had come and with it, the light of my watch had gone.

It seems too perfect for a coincidence, that the watch I had worn for a year stopped shining it’s little light on precisely the day that I meant for it to be retired.  Each year on my birthday, I retire the watch I’ve worn through the past year, and this year was to be no different.  I’ve retired eight watches now and I wear the ninth, each a representation of one year in my life.   I’ve had a few watches break bands that needed to be replaced, and one watch actually lost the little piece that allowed me to set the time, but I have never before had a watch fail on the exact day of it’s retirement.  It’s left me feeling a bit lost as I prepare for the year ahead. 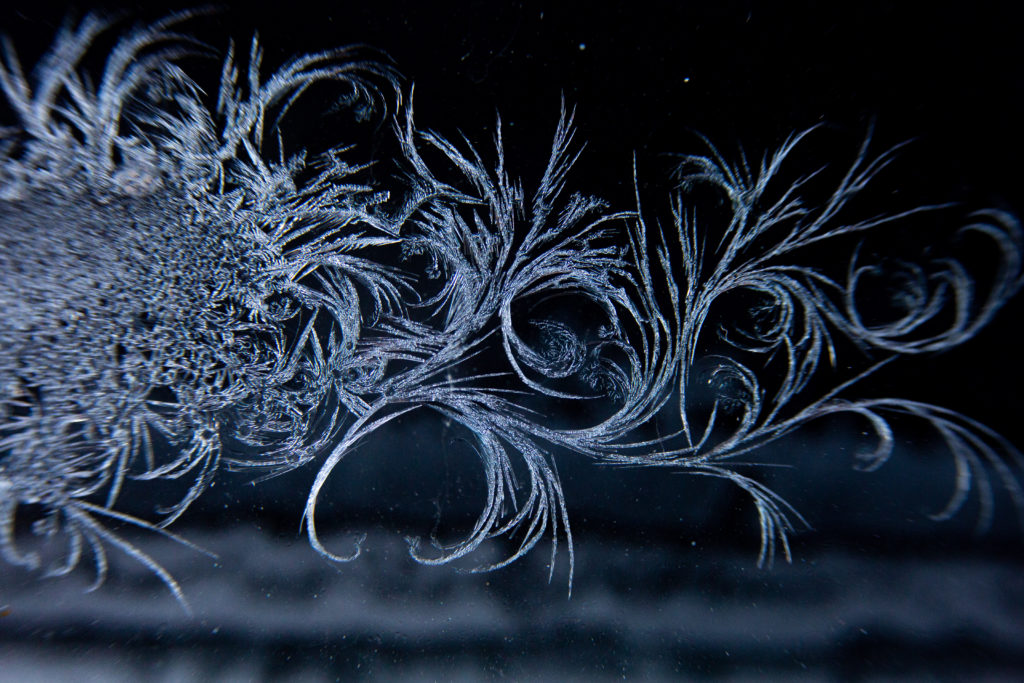 In 2019, Sam and I survived the “Polar Vortex”. It brought windchills down to -45. It also brought about the opportunity to capture some intricate frost tracery across our front window.

The past year has been an intense year.  I celebrated with my wife our first full year of marriage.  I think I’m still really learning what it means that I am no longer just me, but this new creation of Sam and Josh together.  No longer complete by myself, but instead broadened and expanded by the woman who has decided to stand beside me for the rest of our lives.  I’m sure in 5 years I’ll look back at this moment and realize that I had no idea what I was talking about here, and that the small changes that have happened so far will pale in comparison to half a decade of life with Samantha.

I’ve gotten physically older, and seem to have fallen down a bit of a valley that I’ve been trying to scramble back out of.  In June I began waking up with stiff arms, and it progressed to the point that for a few days I couldn’t lift my arms above my elbows without significant pain.  There were days I stayed home from work because I needed help to put a shirt on.  This has mostly gone away now, but even still these pains come and go unpredictably, and unexpectedly. 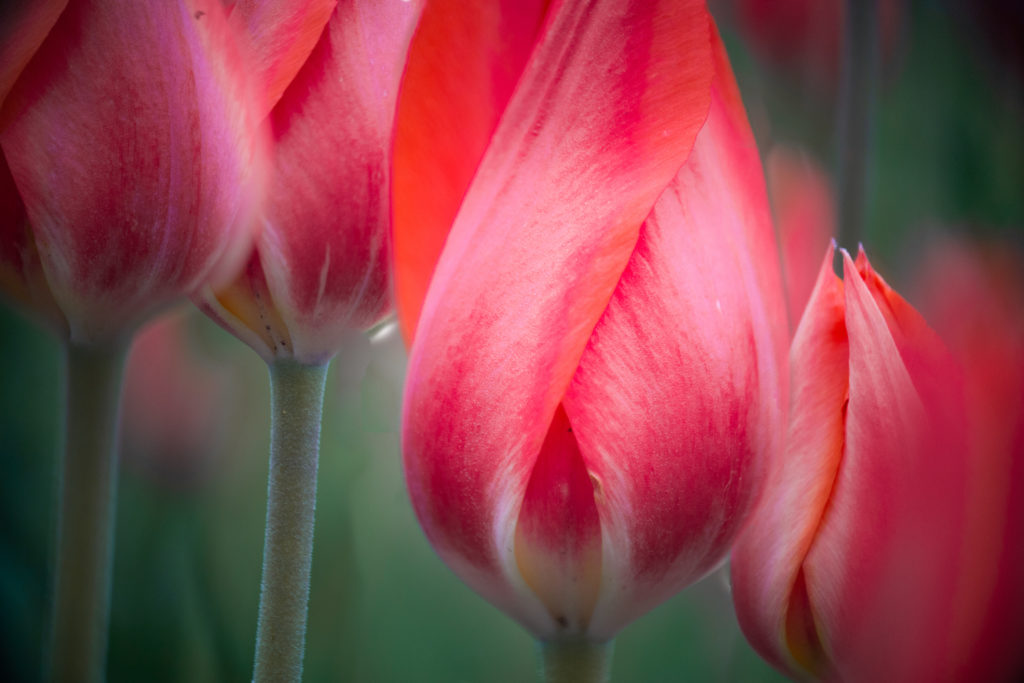 My wife and I took a trip to Holland for our first anniversary! Holland Michigan.

Beyond my personal life, there have been a lot of moments that have brought painful stretching.  In September last year I began launching a new business, one focused on a passion of mine, aerial imagery.  As the year progressed Sam and I discussed together many times the next steps for the business, we filed as an LLC, and then after seeking funding, we’ve made a large investment in what I hope will result in an explosion of growth for the business, but also Sam and I as we wrestle together with the realities of profit and loss.  We received funding in August just before my birthday, and quickly discovered that what we thought would be the hardest part of growth (acquiring funding) was actually one of the easiest parts.

Immediately after funding came in, my car broke down 200 miles from home, and Sam and I spent a lot of emotional energy and used a bunch of unplanned for money to get it home and repaired.  Work for me has been a chaotic merry-go-round that repeats over and over the difficult parts, just revisiting the same struggles for months on end, with no real power to resolve the issues for my self.  We’ve been busier at my day job this year than we have ever been before, and trying to balance that with new endeavors has been tasking and at times heartbreaking. 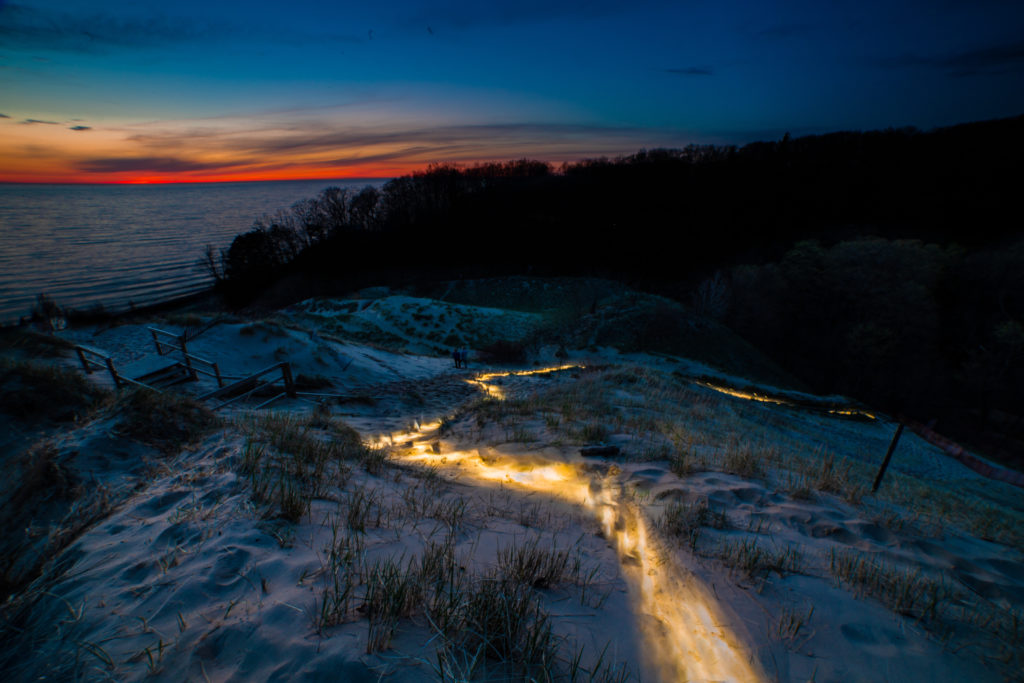 There is a light in the dark that lights the path in front of us.  A beautiful sand dune on the coast of Lake Michigan.  Sam and I visited for our anniversary in May.

So when I woke up at 3:35 the morning of my birthday to find that the light of my watch had gone out, it felt like a slap in the face.  I felt like the light had gone out inside of me, and that my watch was yelling the truth out loud, even though I was unwilling to admit it to myself.  I was confronted with the realization that I wasn’t in a good place, and that for all my effort I hadn’t gotten where I was going yet.  My light had gone out.  I had nothing left to give, but I had to wake up that morning and I had to keep going, because there was no provision or plan for stopping.  The light inside of me was so dim that I couldn’t force myself to sit down and write the one post I have to write every year.  I was exhausted and felt empty.  My light has so nearly gone out.

For the past month, I’ve repeated to myself “The light has gone out.” in moments of reflection.  I’ve been trying so hard to understand the message sent to me through the timing of my watch and put it’s lesson to work in my life.

Finally.  I think I begin to understand.

Everything is in God’s hands.  Even the simple little lighting circuits of a $45 watch.  Everything is seen and guided.   The light didn’t go out for any reason other than that I needed to be reminded that I am loved and cared for.  The light went out so I would remember to ask God what was going on.  Not only that, but the light went out exactly when it was supposed to.  There has been a lot of death in the community around me, a lifelong shepherd in my life went home this year, and at least 2 people who were students of mine at the youth center have passed from this earth unexpectedly.  Their lights did go out, and it was shocking and it certainly hurts, but the timing was exactly as it was intended to be.  It’s frightening to know that nothing is guaranteed, but at the same time it’s exactly as it should be.

So Lord willing, Sam and I will spend many happy years together.

So Lord willing, I will fly here and there and make money in my new business venture.

So because the Lord is willing, my light will shine for precisely as long as he has ordained.

Thank you Jesus for the time I have been given here on this earth.  Thank you for the past year.  I’ll take precisely the time you’ve given me.  Help me to be prepared for your reckoning.

If the Lord so wills, I will write to you again next year my friends.  If I fail to write, know that it is not a failure, but rather, the fulfillment of a precise and exact plan.  Celebrate with me on that day. 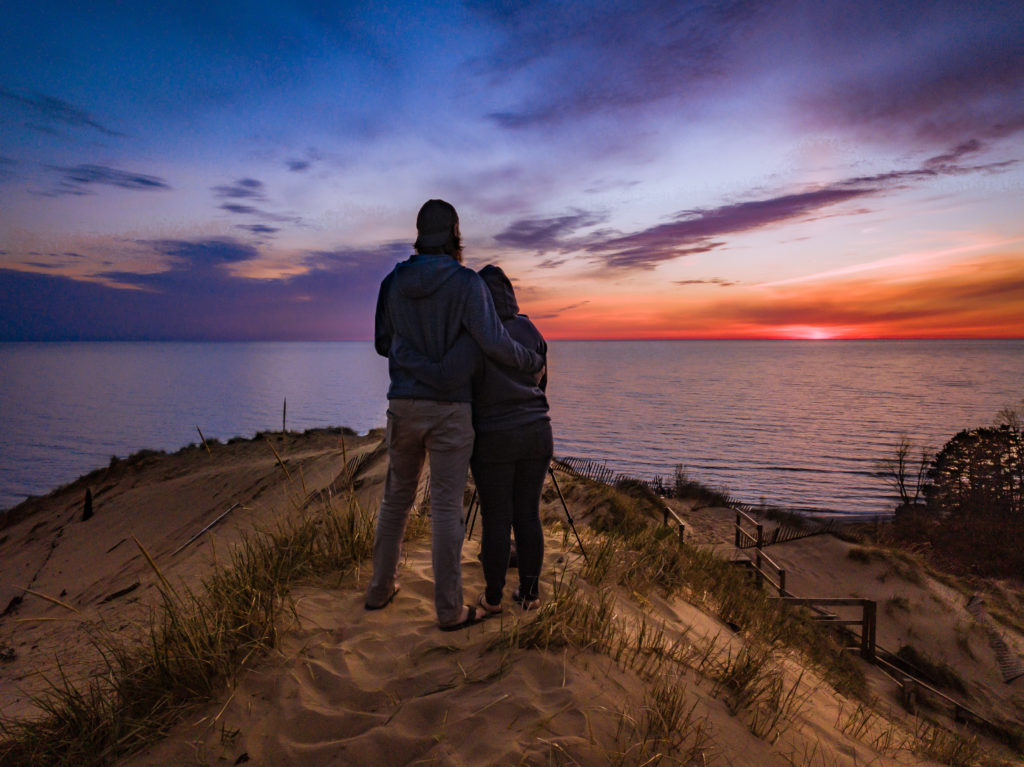 Sam and I watching the sunset over Lake Michigan. 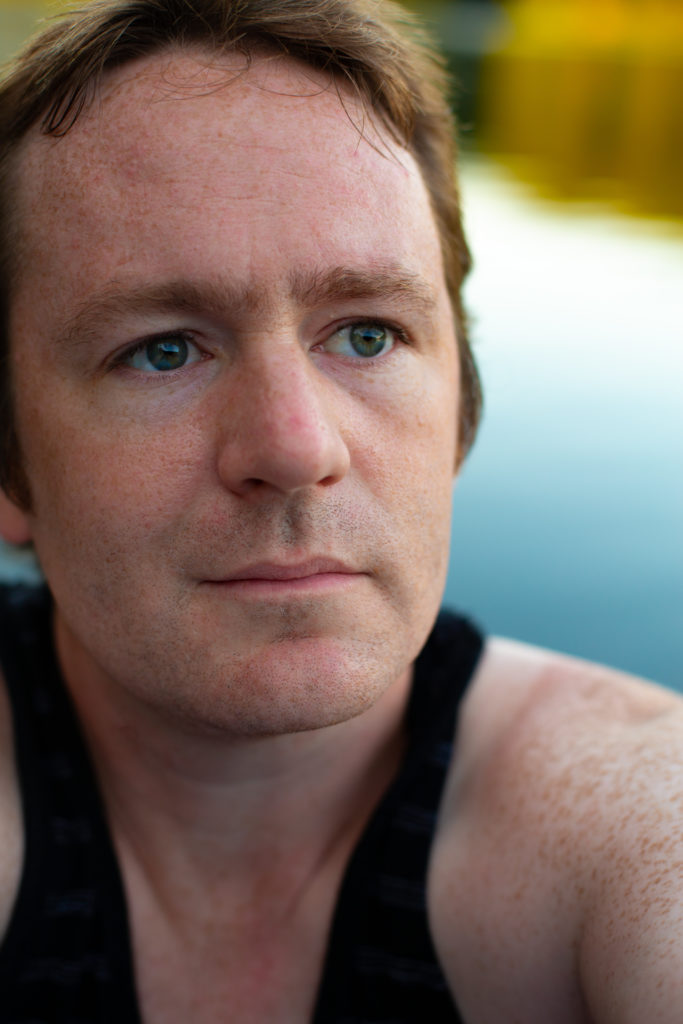 I’ve decided to start adding a head shot to all of these birthday posts. Mostly so some day my kids and grand kids can laugh at me. 😉