The Power for Peace

If you will hang with me through the whole article, there are some actual concrete steps we can take as individuals to promote global peace, I just have to get through some background stuff first.  Hold on!

The title, as are many of mine, is slightly misleading, but also entirely truthful!

Today I would like to talk about the importance of energy independence.  You have likely heard this term batted around a lot in the last 5 to 10 years.  Energy independence has a few very clear and immediate benefits; the first and most recognizable of which is a lower domestic energy cost.  The other major benefit of energy independence is found in our ability to resist political pressure from foreign energy producers who are able to manipulate the global price of energy.  When you know that the United States has a certain energy need daily, it is easy to apply economic pressure by raising energy costs to encourage the political outcome you are seeking.

You have no doubt noticed the amazingly low fuel prices we are experiencing at the moment.  Have you stopped to ask yourself why these prices are so low?  Like most markets, price is set primarily by two factors, supply and demand.  We can look at those two factors to determine what has changed.

Has consumption of fuel in the United States been drastically reduced?   Recent statistics suggest that holiday travel this year will rise for the 5th straight year, and while vehicles have become more fuel efficient, oil use is up from a low point in 2012.  Since we know that fuel prices are lower now than they were in 2012, we can conclude that fuel prices are falling because of an increased supply.

Some of this supply is coming from our domestic efforts at energy independence.  Hydraulic Fracturing is a new oil recovery technique that has opened up oil reserves in the United States that were previously inaccessible to us.  By pumping a mixture of liquid chemicals into oil beds, oil producers break up rock below the surface, resulting in the release of previously trapped oil reserves.  Hydraulic Fracturing (or “fracking”) has taken off in the last year, and has resulted in an increased supply of gasoline being available to the consumer in the United States. 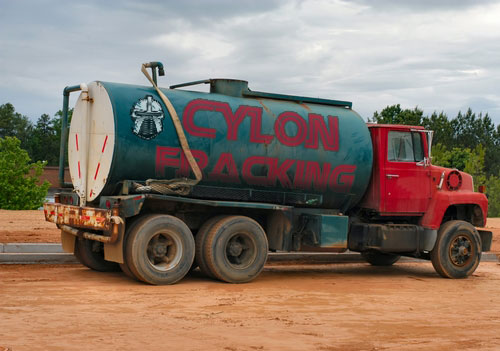 If we ignore the unknown environmental impacts of fracking, we can see this situation as a win.  Lower gas prices mean lower prices on anything that must be shipped, resulting in lower food, clothing, and other costs.  Unfortunately there does not seem to be clear scientific evidence that fracking is environmentally friendly or harmful.  This leaves us in a situation where we may be selling our children’s future to satisfy our current needs.

The other large factor in our currently low fuel price is the recent decision by OPEC to sustain oil production at current levels.  OPEC stands for the Organization of Petroleum (Oil) Producing Countries and is an oil cartel that includes many of the world’s largest oil producing companies.  By making decisions regarding the production levels of oil products, OPEC has the ability to change the market price.  When OPEC cuts production, the price of fuel rises.  If OPEC chose to dramatically increase production, we would enjoy reduced fuel costs at the pump.  It is the influence of OPEC that energy independence seeks to avoid.

It seems like OPEC choosing to continue producing oil at “pre-fracking” levels is a good thing for everyone.  Lower fuel costs around the world could potentially kick start the stagnant global economy.  Right?

Unfortunately it is not so simple.

OPEC has essentially declared a market war on the production of oil and energy outside of the members of its cartel.  By artificially forcing the price of oil lower, American companies make less profit on each barrel of oil recovered from our own country.  As profits decrease, so do the incentives to develop additional energy capacity in the United States.   One of the goals of keeping the price low is to limit future competition.

Why doesn’t the United States call OPEC on its market manipulation?  Well, it is playing to our advantage as well.  To understand how OPECs decision is benefiting us, we have to take a quick trip to the Black Sea region.  Many of us will remember the seizing of Crimea from the country of Ukraine by the Russians.  This action is the result of pro-western demonstrations in Ukraine that led to the ouster of the Russian backed President Viktor Yanukovych.  The Russian President Vldamir Putin didn’t like the loss of his access to the Black Sea, and annexed Crimea to ensure access to the sea and the economic benefits it provides.

What does this all of this have to do with oil you ask?   Well, not much.  However natural gas is a large percentage of the Russian export market.  OPEC is also a large exporter of natural gas.  By keeping supplies of natural gas available, OPEC is destabilizing the price of Russian natural gas, resulting in serious economic impacts in an already struggling economy.

While the United States may not have encouraged OPEC to do this, it is enjoying the pressure being put on the Russian economy by lower gas prices.  By allowing these “market sanctions” the United States hopes to be able to put enough pressure on President Putin to win concessions for the restoration of disputed parts of Ukraine to the Ukrainian government.   The flip side to that coin is the danger of unexpected action from Russia.  If too much pressure is applied, President Putin may feel that his only recourse involves military or economic action against a target of opportunity.   We do not need to look far for a likely target.  The European Union currently imports nearly 80% of its natural gas from Russia.  So if Russia decides it is getting squeezed to hard, it could be a very cold winter for many in Eastern Europe.

By now you are probably asking why we should care, since there is little that we can do to change the mind of OPEC or reduce the pressure being put on countries all over the world by fluctuating energy prices.  While it is true that we may not be able to exert much pressure on the global energy market right now, it is important for us to consider the future.  What happens if coal prices rise dramatically in the near future, increasing our electricity costs?  If fracking is deemed harmful to the environment and hydraulic fracturing operations are outlawed, will OPEC again set high fuel prices and squeeze our economy again?

This time when I say energy independence, I don’t mean on a national level, I mean on an individual level.  Now it will still be a few years before we can pop into Walmart and pick up a Mr. Fusion, but we are closer than ever before to having the tools for real energy independence.  Advances in sustainable and alternative energy are starting to add up, and as more people adopt these alternative energy sources, advancement will come more and more quickly.  At the risk of sounding like a conspiracy theorist, I think it will become important for our upcoming generations to seriously consider “going off the grid”.

Solar Energy is one of many renewable energy options.

By reducing our “on the grid” energy footprint as much as possible, we limit the power of governments, both foreign and domestic to effect the costs of our everyday life.  By reducing the ability of others to influence us, we increase our own ability to think soberly and critically in the face of potentially adverse situations.  By having our own energy resources, we reduce the risk of war over manipulative market fluctuations.

Readers who live in the United States may not be familiar with rolling blackouts, but I have experienced them in other countries and know that the disruption that is normal there, could probably provoke rioting in our energy obsessed culture.  Why wait while energy production is used as a tool against us to prepare a back-up plan?  Many of us own our own homes, and do not have the capital to invest in a sustainable and renewable energy system, but we can all have conversations with future generations about the importance of energy.

Energy independence will not happen overnight, but it is achievable.

It is also important.

So far 10 people will now have access to clean water for life because of our efforts! You guys ROCK! Join the effort by donating here!

25 Days of Peace (An Introduction)