For the 10 minutes proceeding the writing of this entry, I questioned whether I have lost my mind.  For no apparent reason (other than I had to work this morning) I did not sleep well last night, and decided to catch a quick nap before I attempted to write this entry today.  Which would have been great if I hadn’t spent the last 40 minutes of my nap in a pseudo sleep state that lead me to question the very foundations of the universe.  I can’t really describe what I saw, because what I saw made no sense, but I had a deep impression of sinking forever into a boundless eternity.  The world dissolved around me because there was nothing to hold it together.  Pieces of our universe slid frictionlessly away from each other, expanding outward forever.  Uncontained, and therefore meaningless.  For the last few minutes, I questioned if I would ever return from where my mind had wandered. 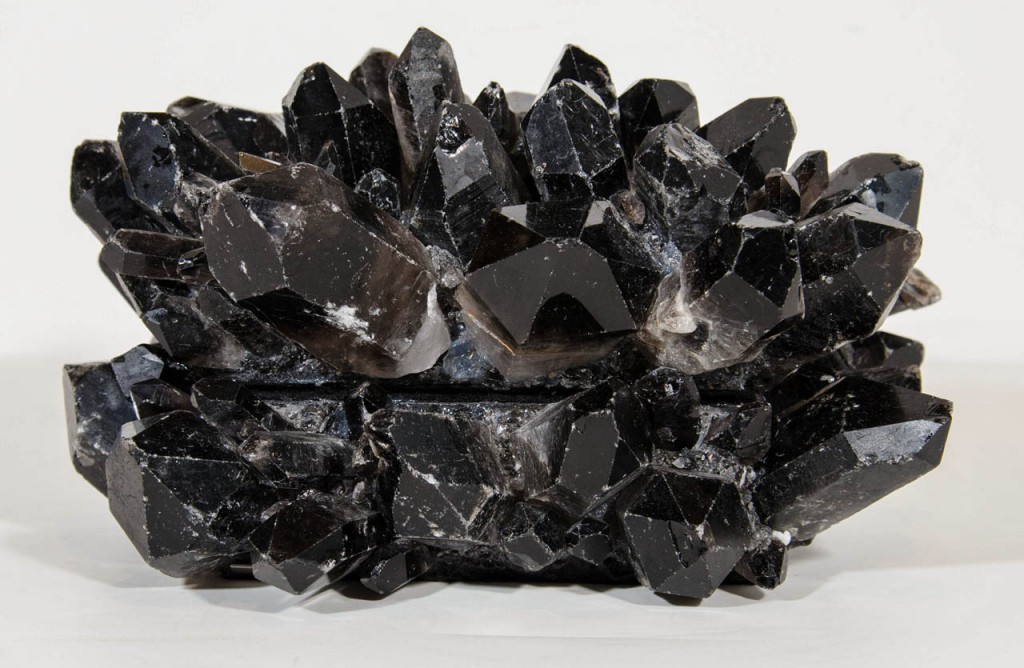 What I saw resembled these crystals, but there were more and they were all enveloping.  They were also detached from each other…more on that later though.

I seriously questioned my sanity.  I am STILL questioning my sanity.

I have been trying to assemble cogent thought on what I just experienced (dreamed? hallucinated?) and my first attempt at doing so follows.

I begin to ask myself, why do we pursue peace?  I understand that we feel like peace is a noble goal, that peace is a shining diadem in the crown of accomplishment for our world.  Philosophers and laymen alike have striven for it, implored those around them to sacrifice their personal desires to it.  Peace stands at the peak of the mountain of enlightenment and beckons us to climb to the summit.

Yet many of us pursue peace instead of those easier twisted pursuits, at great cost to ourselves.  Our carnal nature shows no disposition towards peace, our very nature seems to speak of the undesirability of peace.  We are the most like ourselves when we are the most selfish.  We are most ourselves when we do not care for others.  So again I ask you, why peace?

Or at least everything is meaningless in an unbounded universe.  The clearest impression I had from my little sleep deprivation fueled vision was that there was nothing holding everything together.  There was no jar to hold the sand, and as a result, the sand scattered in all directions.  The sand became so spread apart that you could no longer identify it as sand.  In a way that I can not communicate, what I felt that I saw was more than this.  Ideas no longer had a basis, because there was no foundation to set them on.  If I had created a castle from the sand, its meaning would have been lost as the sand drifted apart.  Peace, and the pursuit of peace becomes meaningless when we remove its foundation.

Until now I have done little more than drop veiled hints at a higher power directing our pursuit of peace.  References to ideas found in the Bible (ie. ”treat others as you would like to be treated”) were quick and provided without drawing attention to the source of the material.  I felt that by purposefully eliminating references to a higher power, I was advancing the cause of peace more effectively.  I assumed I was reducing the risk of stumbling over theology to those who do not believe as I do.

I was foolish to do so.

Without a boundary, without a force outside of ourselves holding the universe together, everything is meaningless.  God is the glass jar holding the sand in and giving it the ability to have structure.  God is the glass jar in which peace is preferred to madness.  There is no structure outside of him, and peace is worth pursuing because the shape he confines us to demands that it be so.  To remove that structure or attempt to ignore it results in meaningless pursuit, focused on nothing, capable of attaining nothing.  No ideas can be formed by boundless sand.  No mountain of enlightenment can arise without the pressure of the jar holding the sides in.

Without the structure given by the jar, our attempts to climb the mountain of enlightenment would only serve to hasten its destruction.

Everything is meaningless, unless it is bounded.  We and all of our pursuits amount to nothing, if we attempt them from outside of the jar.

We may only pursue peace inside of the bounds of the universe that God holds us in.

Anything else is meaningless.

Don’t let the goal intimidate you, every penny we raise makes a difference. Whether our goal is reached or not!