Remember that whole “Kony 2012” thing?  I’ll summarize it very quickly in case you pressed snooze a few too many times that week and happened to miss it all.  Essentially an organization known as Invisible Children created and released a video that went viral incredibly quickly.  The focus of the video (which was 30 minutes long…which is basically an eternity on Youtube) was an African warlord named Joseph Kony.  The super short condensed version is that this guy has been waging war against his own people in Uganda for more than 20 years, at times kidnapping children, and forcibly recruiting them into his fighting force.  In 2005 Joseph Kony was the very first person the newly formed International Criminal Court issued an arrest warrant for. 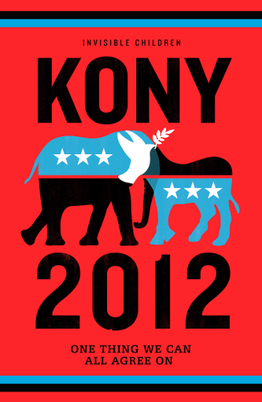 Oh the naive idealism found in that last line…

The intent of Invisible Children in making the Kony 2012 video was to bring the issue of Joseph Kony to the attention of leaders around the world.  They planned to make the children who had suffered horrible atrocities in the heart of Africa visible by securing their story a place on the world stage.  The video laid out a plan for a follow up event on April 20th that was intended to bring even more attention to the issue.

The video was an incredible tidal wave, by which I mean it built quickly and left a mess behind it.  The organization had not dreamed their video would be as successful as it was, and there was so much traffic to the Invisible Children website that it crashed, leaving people wondering if the organization was legitimate.  The organization also quickly came under fire for the way it used funds.  Many public figures felt that too much of the funds raised by Invisible Children went back into awareness campaigns in the United States, instead of going towards their programs on the ground in Uganda.  A third source of opposition were TV personalities, bloggers, and newspaper columnists who wanted to know how sharing a video and putting up posters was going to change the outcome of a conflict halfway around the world.

The pressure from all sides lead to the mental breakdown of Jason Russell, the primary narrator of the film, and one of the co-founders of Invisible Children.  His public breakdown was filmed, and Jason was hospitalized for several weeks for symptoms brought on by extreme exhaustion, stress and dehydration.  The follow up event on April 20th took place, but the impact was greatly subdued in comparison to the reaction the film received.

I remember hearing about Invisible Children in 2008.  They were doing some really cool things to draw attention to Joseph Kony even back then.  So when they put on an event in 2009 aimed at making legislative changes to pursue Joseph Kony, I put up a post on my Myspace wall to see if anyone wanted to come along.  2 young ladies (the fabulous Freeman sisters) expressed interest, and we arranged to drive together to Washington D.C.

We arrived the night before the event, intending to spend the night in a church that had opened its doors to students who were participating in the event.  We walked in to a room that was probably a small gym (it was semi dark inside when we arrived) that was covered from end to end with sleeping bags and people.  I suspect there were at least 300 people jammed into the floor space of this little church gymnasium.  The girls found some floor space to claim, but I was pretty freaked out by the amount of people and the nearness to people I didn’t know.  I eventually slipped out to a night of fitful sleep in the backseat of the car.  My 6 foot frame was folded tightly into the back of a small Toyota, and I eventually drifted into a sleep of sorts.

We started the next day by traveling via Metro to a huge convention center for the opening ceremonies and sessions.  We heard from movie directors, the chief prosecutor of the ICC, and many others who described to us what our next steps were going to be.  At the end of the day, we jumped back on to the Metro and found our way back to the church where we would spend a second night.

The next morning, 2000 students and young adults met on Capitol Hill before heading out to enact the plan of the previous day.  The plan was to descend on Washington D.C. and visit the offices of each member of congress who would agree to meet with us.  Many groups managed to get appointments to see the actual congressperson in question, others, like my group could only speak with the aids of our congressional leaders.  After our meetings were finished, we were instructed to find our way to the lawn of the Whitehouse, where there would be musical performances and additional speaking to wrap up our time. 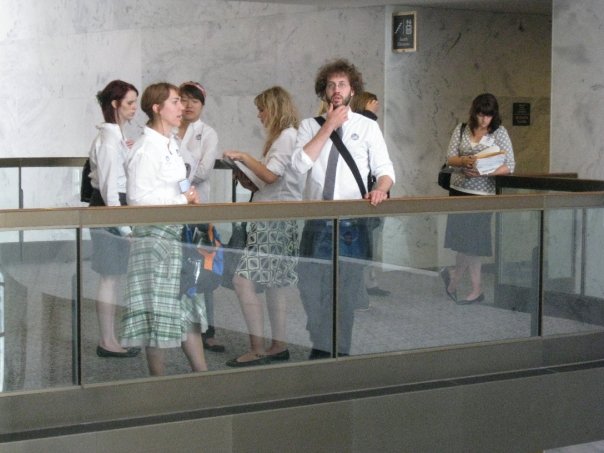 I may have stolen this from someones facebook page. I hope they forgive me!

I remember being exhausted on the ride home to Ohio that night.  Our group had met only with congressional aids, and I didn’t feel like we had made much of an impact on them.  The two nights of sleeping in uncomfortable conditions had taken its toll on my attitude, and after helping pay for gas, food and the ridiculously priced Metro, I was broke as well.  I felt like I had missed it, like I had missed my opportunity to make an impact on the world.  I suspect the sisters in the front seats felt the same way about our efforts.

Everyone who went had their own perspective and reasons for going to this event, but ultimately everyone was in search of peace.  Peace for the people of Uganda, and perhaps a personal peace found in doing something positive in an attempt to change the world.  As I sit reflecting on my time in our nation’s capital, I’ve been reminded that seeking peace is a difficult task.  Our world is not bent naturally towards peace, and if we stop applying effort to understanding and forgiving each other, the world is far more likely to spiral further and further out of control, instead of drifting casually into a peaceful utopia.

I was reminded of the difficulty in seeking peace, when I glanced at the analytics for my last post (my personal favorite so far).  11 people had read it.  I began to ask myself why I was even bothering with this project, why I was spending hours and hours thinking of new ways to talk about peace for 11 people to read.  It didn’t seem like I was going to be making the impact I had hoped for.

When our group left D.C., we didn’t see the results of our struggle.

It has been 5 years since 3 young, idealistic people left our homes in Hicksville Ohio to chase the dream of peace for people across the world.  In those 5 years, Invisible Children has continued to work, has gotten two bills signed into law by congress (a direct result of our time in D.C.), has created “Come Home” materials and developed a system of early warning radio stations to protect local populations.  Invisible Children is currently supporting schools and rehabilitation programs for child soldiers in Uganda.  They still have not taken Joseph Kony out of the battlefield, but they continue to work towards that goal.  They are persistently pursuing peace.

It is easy to get discouraged when you set lofty goals.  Especially when you do not see the pace of progress you were hoping for.

It is important to keep pressing on.  Persistently.

Even when it is hard.

Peace is worth it.

Thanks to an anonymous donation last night, we have reached $250 towards our $5000 goal! Anonymous donor, YOU ROCK!