Yes, my 25 days posts have become incredibly late.  I have an excuse, but I will be finishing this year.  3 posts from the end, but if you hold on tight, we will get there together.  If you thought I had abandoned my task, my apologies, but I have not.

In the summer of 2015 I spent two weeks in Haiti, followed by nearly two weeks in Nicaragua.  Most of that time was a lot like other times I have been out of the country, but there are a few moments that still stand out in my mind nearly 18 months later.  Today, I will tell you about one of them.  If you have not been a long time reader of this blog, you will want to read Bipolar and To Be Used to get the full story, but if you are already familiar with those posts, please read on. 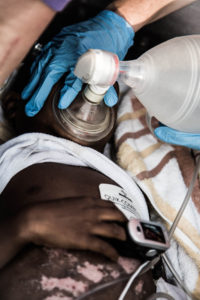 To freshen your memory, towards the middle of our first week in Haiti, our team was presented with a kid who was in a life threatening situation.  The 3 medical professionals on our team all knew that bad things were going to happen to this kid if we didn’t get him to a hospital as quickly as we could.  Soon, 4 of us were huddled around this kid, in the back of a speeding pickup truck barreling towards the nearest hospital.  We made it to the hospital, and somehow the kid made it through the night and even went home a few days later.

You might be shocked to think that a kid who had been rushed to the hospital just days before would already be out and back at home.  Frankly, we were surprised as well.  It’s a remarkably complex story, full of twists and turns, and he said she saids, but the main point of the story is that this kid should have still been in the hospital.  It wasn’t debatable, this kid was still very sick.
After 10 days. the team I came with flew home, leaving me behind at the compound for an additional 3 or 4 days.  I was planning to use this time to shoot video, and see more of the day to day operations of Tytoo Gardens, a ministry center that is part orphanage, part clinic, part social services, and part church.  They do a lot of things to try to build up the village of Simonette that they serve lovingly throughout the year.

So occasionally during the next 3 or 4 days, I would jump on the back of a small motorcycle with Alli, and her driver and we would putter off down the road to the place Alli was visiting that day.  I saw Alli check up on a schizophrenic man and his family, a woman with AIDS, many of the people who were using the social services aspects of Tytoo to start their own businesses, and we visited several homes that had been built by teams associated with Tytoo.  It was incredible to be able to watch Alli interact with people she clearly cared about, and who cared deeply about her. 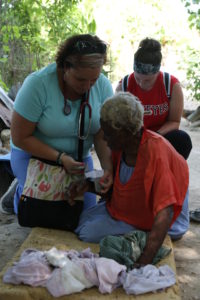 One of the days, we were going to wrap up our travels a little early, as Alli wanted to say goodbye to someone who was leaving that afternoon.  As we puttered down a little mountain trail, onto the main road, Alli leaned forward and asked the driver to change directions.  We stopped beside a path leading back up the hillside, and Alli got off and began walking briskly up the hill.  I speak barely any Haitian, so I had little choice but to follow, and I did my best to keep up.  We were midway up the hill when I realized where we were going.

The little boy from earlier lived in a house on this hillside, and we were going to visit him.  Alli saw him standing outside on his porch, alone, with his back to her.  She walked towards him calling his name, but there was no response.  By the time that Alli knelt in front of him, I was close enough behind that I could see the boy drooling, a melting popsicle dangling half out of his mouth.

The boy didn’t even acknowledge our presence.

Alli will be the first to tell you that she is not a doctor, and she often isn’t very sure what she should be doing in these situations, but in spite of that lack of knowledge, she quickly began to try to figure out how to help.  I kept my distance as she felt the boys hands, put her hand against his forehead, and looked at the progress of his infection.  The boy wasn’t a very pleasant sight, and there are photos that most will never see of his condition. 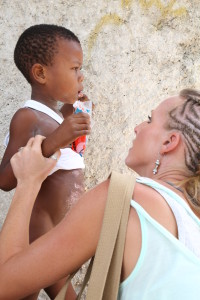 Denzly before he went back to the hospital.

I was in a bit of shock at what I was seeing in front of me, and it took me several moments to respond to Alli as she tried to tell me his heart was beating very quickly, and as she asked me to feel his heartbeat.  I am also not a doctor, but when I am with people who are medical professionals I like to ask questions, so I knew that we needed to get a rough number on his pulse.  I pulled up my watch and asked Allie to count while I let the watch spin for 10 seconds.  I asked her what the number was, and it seemed reasonable to me, so I told her maybe we didn’t need to worry about that.

She insisted that it was fast, and asked me to feel his heart.

I didn’t want too.  I was more than a bit afraid of touching this boy.  Even after the trip to the hospital, no one really had a good explanation for what was happening to this boy, and I didn’t want to catch whatever it was.  I didn’t want to touch this boy, because I knew that it increased the risk of me getting sick as well.

She listened to my half-hearted excuses, and then implored me to feel this little boys heartbeat.
I did, and she was right.  It was terribly fast.  So fast that I realized neither of us could count fast enough to get an accurate pulse.  Fast enough that this kid was likely to die soon.

If you’ve already read the previous posts, you will know that the kid survived, and in fact, two of the team saw him again this year.  In some ways, the trip to the hospital earlier in the week saved this boys life.  In other ways, it was the second trip, brought about by Alli, that ensured the first trip mattered.

She was not afraid to touch.

She was not afraid to directly make an effort to change the world, even though it could cost her her health, her happiness, or perhaps even her life.  We who are there for a few weeks at a time often romanticize stories from Haiti, telling all the best parts, but forgetting the hard parts.  Alli lives that life nearly everyday, and I am sure the romance has worn off.  Alli is not afraid to touch the problems she sees directly.

In Luke 5:13 we see Jesus touching an untouchable person, a person with leprosy.  Through Jesus touch, the man is healed.  In Haiti that day, I saw Alli touch a boy with an unknown and life threatening condition, and through her touch, the boy has lived!

How often do we see problems in the world, but we are afraid to touch them?  Maybe we poke at them with a stick, write a post about some tragedy somewhere, but we stop short of touching the problem directly.  What if in our pursuit of Peace, we followed Jesus and Alli’s example and directly touched the problem at hand, even though it might cost us everything?

See the problems around you, tell others, but don’t stop there. 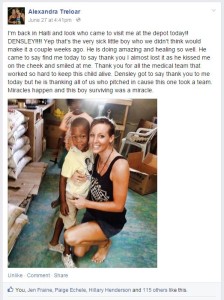 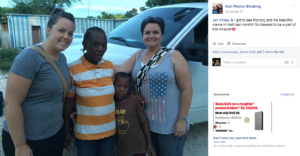