“Time passes like a slow trickling stream, flowing continuously as the ill effects of unjust events find their way downstream to collect in an ocean of sorrow.  There are those who stand on the shore and do their best to alleviate the suffering they find collected there, but they are far too few to stop the inevitable rise of the waters.  They make a difference with each action, but they are losing the fight against the sin and destruction found in the world.  All around them dams break allowing water to pour over the edge until a group of peacemakers can rally enough strength to stop the rush of destructive water.”

25 days ago I set out on this little writing adventure.  I have not been very good at sticking to my plans in the past, so I was concerned that I would not reach the end of the journey.  I have designed ambitious projects in the past, but when life gets busy the extra project is usually the first thing to go.  On December 1st, I knew that I would have plenty of time to write for the first few weeks, and after that I suspected I would not be much busier.  I began to get worried on December 12th as I looked ahead to the next 4 days and thought I could never finish everything on my schedule and still find time to write.

I was scheduled to run sound at church on Saturday and Sunday, and picking a friend up from the airport in Chicago on Monday.  My Tuesday involved more driving and a video shoot in the early afternoon.  I made attempts to “write ahead”, but found that I really couldn’t seem to manage more than one post per day.   By the time I made it to Tuesday, I knew that the rest of the week would be just as busy.  By the time I made it to Friday, I saw that I would be busier than I was accustomed to right up until the end of the project. 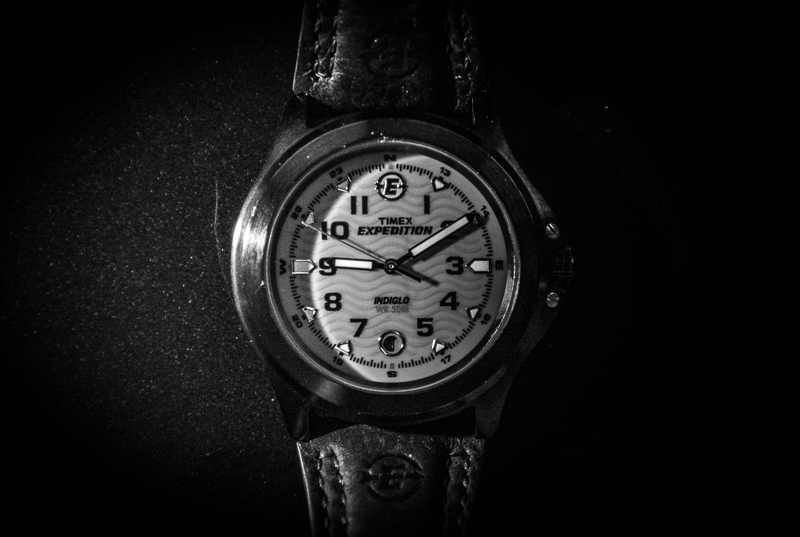 So as I look back at the last 26,000+ words I have pounded out of my keyboard, I find that I am surprised that I have finished the 25 days.  It seems to have gone so fast, and there are so many other topics that I had anticipated sharing that have yet to find their way down my fingers to the keys.  Even yesterday as I wrote the penultimate piece, the reality that this project would end the next day was difficult to accept.  A part of me is ready to spend a day with no pressure to produce something new, but the other part of me wishes that I had more time to finish the task before me.  It is bittersweet for me to say goodbye to a process that has taught me a lot about myself, and lead to some excellent conversation over the last 4 weeks.

The seemingly sudden ending has brought to mind an important lesson I hope to remember as I go forward into 2015.

When we hear of a terrible incident in the news, it may be heavily covered for the first few days, only the most terrible stories will last an entire week in heavy news rotation.  After the initial buzz of the story has worn off, the world finds another story that draws our attention and begins to cover and discuss that story as if the previous events never happened.  The news media will occasionally come back to briefly cover the first story, but you have to listen closely as a story that formerly warranted significant discussion, becomes a transition piece from one lead story to another.

We are approaching the 5 year anniversary of the Haitian Earthquake that left 1.5 million displaced.  The story will hit the news again on January 12th, but you will hear very little about it for the rest of the year.  The current estimate is that there are still more than 100,000 people who do not have adequate housing to replace what was lost.

It has been more than nine months since Boko Haram kidnapped more than 200 Nigerian school girls, to date, no one knows where most of them are, and the world has not made any significant headway in the fight against Boko Haram.  In the meantime, Boko Haram has continued attacking civilians, including an attack 11 days ago that has left over 100 people unaccounted for.

It has been nearly 4 years since the current Syrian Civil war started.  It still occasionally finds its way to the news, but only during a discussion of ISIS, who are weakening both the regime, and the moderate opposition.

We could continue discussing forgotten news all night, but that would not get us any closer to the point I hope to drive home.  It does not seem to us that is has been 5 years since the Haitian earthquake, or 4 years since Syria began to come undone at the seams.  It does not seem like 4 weeks since I started writing daily posts.  (It also doesn’t seem like I have been on this earth for 30 years, but that may be another issue entirely!)

Time passes like a slow trickling stream, flowing continuously as the ill effects of unjust events find their way downstream to collect in an ocean of sorrow.  There are those who stand on the shore and do their best to alleviate the suffering they find collected there, but they are far too few to stop the inevitable rise of the waters.  They make a difference with each action, but they are losing the fight against the sin and destruction found in the world.  All around them dams break allowing water to pour over the edge until a group of peacemakers can rally enough strength to stop the rush of destructive water.

We stand idly by on formerly solid ground arguing over the best course of action while the ground beneath our feet becomes saturated and unstable.  Those who can leave for higher ground do, leaving those who can not to fend for themselves.  Time continues to pass as we do nothing to stem the rising tide of conflict that swirls around our feet.  Soon the waves will reach new heights, and before long we will not be able to stand up under the crushing blows of the walls of bitter water.

While time is infinite, we and our world are not.

I hope that I am able to remember that we are not guaranteed our next hour, minute, or even our next breath.  Even Jesus was only granted 33 years of earthly life to do what needed to be done.  If I am to take steps to bring justice or restore peace to the world, I must act in urgency.  Not foolishly in haste, but in urgency.  I can not leave until tomorrow the work of today.  I alone can not alter the outcome, but I must not let debate and discussion stop me from doing what I can.

We are asked to be peacemakers, and we are called to great sacrifice.

Frankly, it terrifies me.

I would like to extend a huge thank you to everyone who has rowed beside me on this journey, and especially those who have forced me to pick up the oars when my arms were tired and my hands blistered.  I am sad to end what was an enlightening experience, but I am glad to have finished what was set before me.  Perhaps next December will see a revival of the concept, and if that is to be, I welcome others who would like to participate in whatever way they would be interested.  I will hopefully continue to write here, but the topics will not be specifically limited to peace.  If you have been waiting to subscribe until you would not get daily emails, now is the time!  It has been an honor to have your attention, and one that I do not take lightly.

There is still time to donate! A huge thank you to all of the donors who have contributed so far!